Message from our Artistic Director 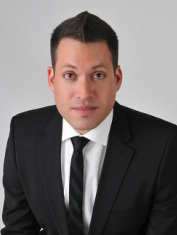 
After completing a thrilling 20th Anniversary season last spring, Mountainside Master Chorale is more energized than ever as it begins a new era of its history. Always characterized by quality of repertoire and excellence in choral music, our 21st season features many exciting projects, including recordings, commission of new works, and a tour to Poland.

Our upcoming season will bring you on a journey through time and space! In December, join us for a trip to 17th and 18th century Europe as we present the celebratory music of the great Baroque Masters accompanied by period instruments. In March, we’ll bring you back home with our concert entitled California Voices highlighting the uniqueness and creativity of our local composers. Finally, to close the season, we’ll journey to 19th century Germany for one of the greatest works of the choral repertoire: Johannes Brahms’s A German Requiem. Performed in English with organ accompaniment in the beautiful Bridges Hall of Music in Claremont, this final concert promises to be an exquisite experience not to be missed.

I look forward to seeing you at our next concert!